Lynx paw print is quite round compared to other species. As lynx has retractable claws, they are not usually visible in the tracks. Front paws are larger than back paws … 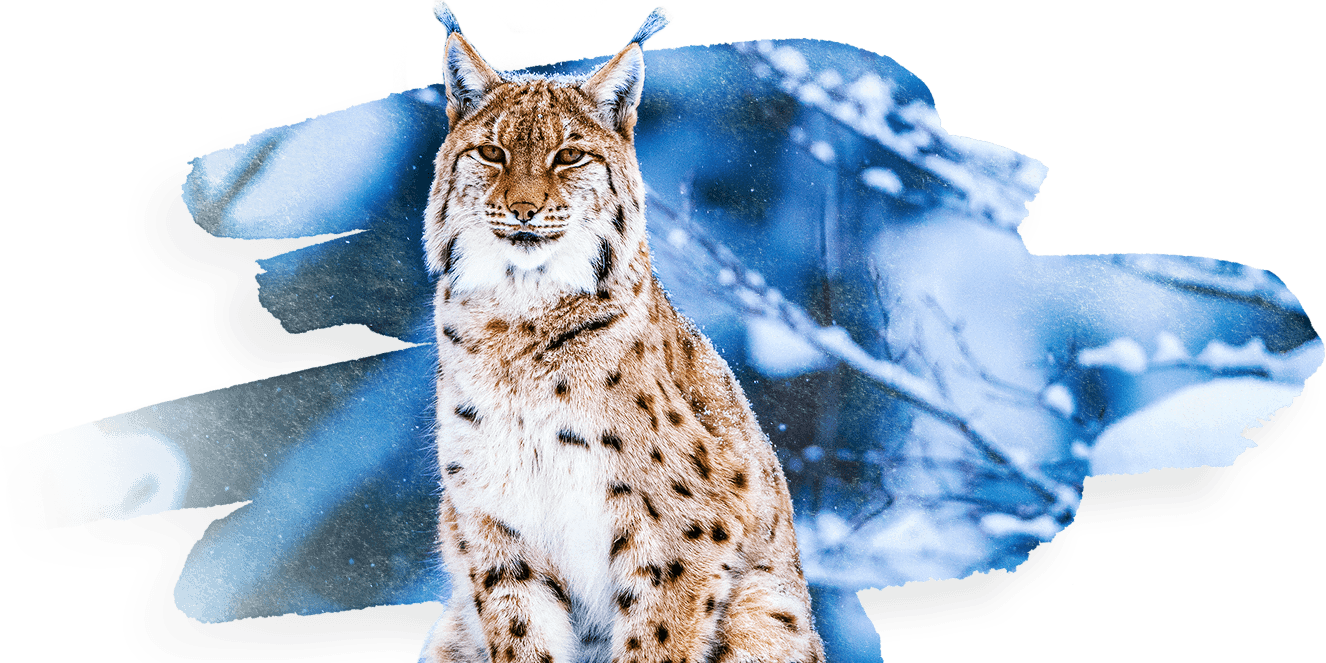 Lynx paw print is quite round compared to other species.As lynx has retractable claws, they are not usually visible in the tracks. Front paws are larger than back paws. Moving mainly at walk, rarely trotting or jumping, he tracks his front footsteps with back paws.

Size and shape of lynx tracks can be similar to those of wolf and dog or sometimes jackal and fox. If we can see claws, we know for sure it is not lynx, however often it can happen that claw marks are not visible in all tracks (ex. dog). In such cases it is good to check more tracks. Wild or domestic cats also don’t have claw marks in their tracks, however their tracks are smaller than lynx’s (up to 4 cm). 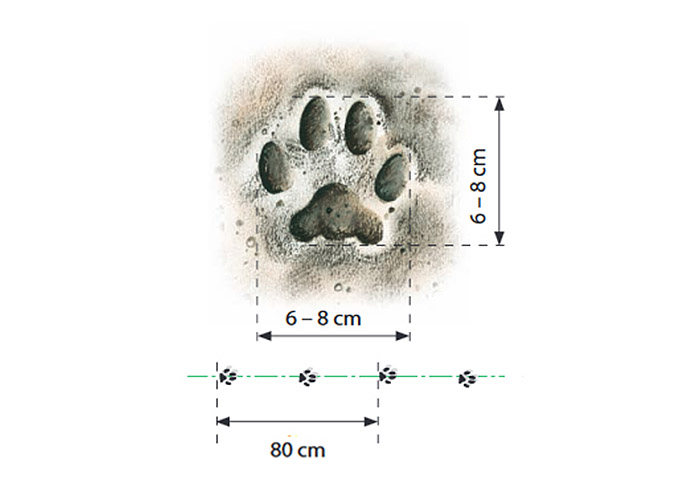 Feeding mostly on deer and doormouse, lynx scats mainly consist of hair (fur) and occasionally some bone. Shape of the scats is similar to scats of wild cats, except lynx’s are bigger in size. Sausage like scats often have a point at one end and can consist of more small segments (1-2x wide as their length). Unlike wolves or bears, lynx often burries his scat.

Like other cats, lynx too likes to rub on objects (tree, fence…) and often we can find their fur on them. Up to 5 cm long they can be curly or straight, often thinner and more white at the base, yellow or orange at the middle and black at the tip.

By rubbing on the objects they leave behind their smell to let other lynx know they are present in the area.

Lynx marks his territory with urine and special glands located under the tail and on the bottom of his paws. Leaving behind their scent lets other lynx know their sex and during the mating period, if they are looking for a mate. While not visible most of the year, we can easily see it during the winter and collect it for genetic sampling. 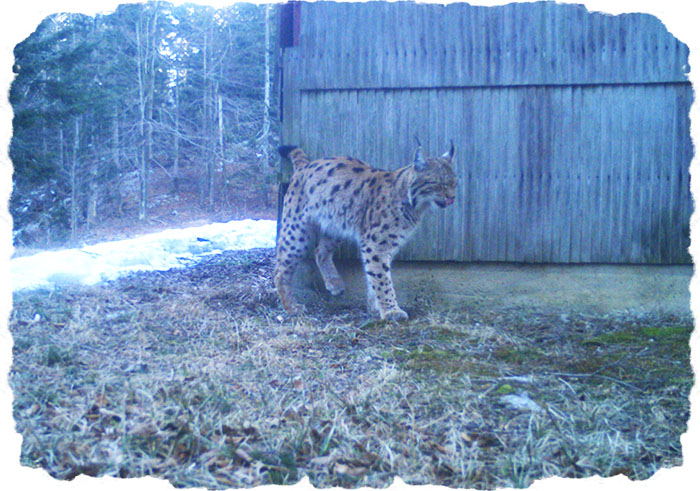